The 2019 celebration of the Day of the Museum of Applied Art in Belgrade, 6 November, will be marked by the theme of fashion. On this occasion, the exhibition Fashion in Modern Serbia will be opened, curated by Draginja Maskareli, senior curator at the Museum of Applied Art. The exhibition presents a selection of 81 fashion items from the 19th and early 20th centuries held by the Museum’s Textile and Costume Collection, accompanied with reproductions of bourgeois portraits and documentary materials from different public and private collections.

The 19th century witnessed major changes in the political, social, cultural and economic spheres in Serbia. The uprisings against centuries-long Ottoman rule, in 1804 and 1815, led to the enactment of two sultan’s hatt-i sharifs, in 1830 and 1831, the establishment of the autonomous Principality of Serbia, Serbia’s full independence, confirmed at the Congress of Berlin in 1878, and the proclamation of the Kingdom of Serbia in 1882. The transition from a feudal to a capitalist society was accompanied with the establishment of new cultural models with a local imprint and the adoption of cultural models common in bourgeois Europe.

In this period, fashion gained an important role in visual representation and identity construction among individuals, members of ruling families and the bourgeois class of modern Serbia. In the context of the process of building a modern state and society, fashion developed in an environment marked by 19th-century cultural pluralism, making a transition from the Ottoman-Balkan cultural model at the beginning of the century to the inclusion into the European system of modern fashion in its second half of the 19th century. During this period, fashion-related changes were not only visible in the forms of clothing but also in the way of its production and market placement.

The leaders in the process of building a modern state, members of the Serbian bourgeois class, successfully adjusted their visual appearance to European models, while the fashion market, with its rich and varied offer, was able to meet their requirements. A special place in the dress of the bourgeois class was occupied by the national costume, constructed from the nationalized elements of the “traditional” Ottoman-Balkan clothing inventory. Materials presented at the exhibition Fashion in Modern Serbia reveal dynamic changes in the fashion system and the ultimate adoption of the cultural model of the bourgeois Europe in modern Serbia.

Within the celebration of the Day of the Museum of Applied Art, during the exhibition opening ceremony, fashion vignettes by designer Valentina Obradović will be presented. Clothes and shoes from the fashion line Love by Valentina will be completed with wool accessories Šaulina by Aleksandra Šaula, ELM Jewelry by Vesna Milošević, hairstyles by Dragana Trivić and make-up by Branka Đurašković Jovanović. Vignettes will be displayed by models from fashion studios Click and Silver Fashion.

During the exhibition, numerous events will be organized in the Museum of Applied Art. Wednesdays, at 5:30 PM, during the series Wednesday Lectures, both national and foreign experts will give lectures on different subjects related to fashion and dress in the 19th and early 20th century, while Fridays, at 5:30 PM, during the series Friday Guided Tours, guest museum guides – public figures from the world of fashion, journalism, literature, theatre, etc. – will share with the audience their impressions on the exhibition.

A part of the exhibition program is also the virtual exhibition Dobrila Stojanović: Four Decades of Professional and Scientific Work in the Field of Textile and Fashion, curated by senior librarian Andrijana Ristić. The exhibition will be set up in the Digital Library of the Museum of Applied Art with the idea to provide open access to the results of rich curatorial career of Dobrila Stojanović (1925–2018), the first curator of Museum’s Textile and Costume Collection, who laid foundations to fashion museology in Serbia.

Friends of the celebration of the Museum of Applied Art Day and the exhibition Fashion in Modern Serbia are Albo company and Love by Valentina fashion line.

Albo company is the leader in terms of occupational safety. As well as fashion, protective equipment has been changing through time. Once, its only purpose was to protect the user, the same way as the clothes served as protection from elements and surroundings. Today the protective equipment is in many ways similar to fashionable clothes. Together with protection, it provides comfort and modern design to the user. In that manner Albo company is following fashion which makes an important part of individual identity in modern times.

Valentina Obradović, fashion designer:  “Love is a fashion story created out of a pure heart and a nice thought… With this line, I strive to preserve values once inherent to fashion and forgotten meanwhile, in hectic times we live in. With the idea to dress the entire world in Love, I am trying to turn the streets into galleries, and through this, to take the art out of galleries in order to reconnect wit and fashion. It is quite a challenge for the contemporary costume to stand side by side with the costumes of the past epochs. The challenge and an honour. And a great responsibility. I hope we created a successful merge”. 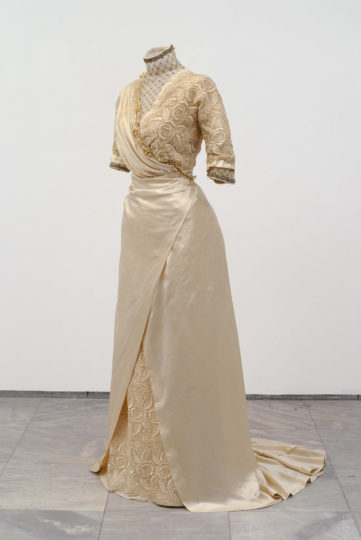 Kingdom of Serbia, Belgrade
Dressmaker’s shop of Berta Alkalaj
Worn by Danica Paligorić in Niš in 1911. 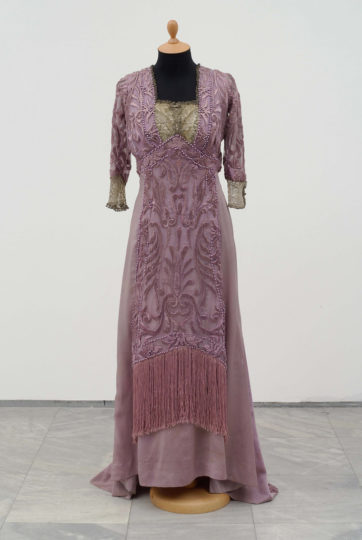 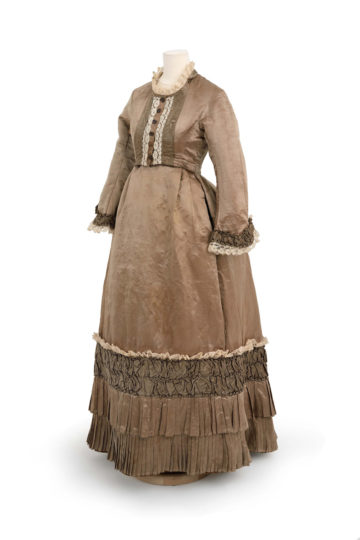 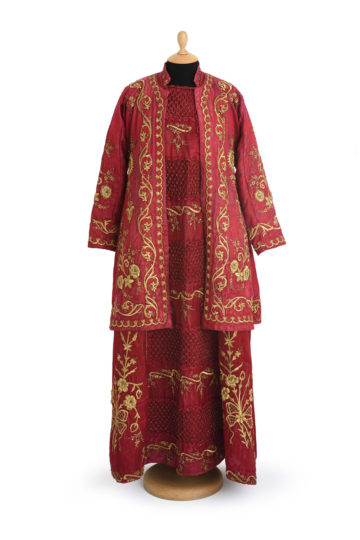 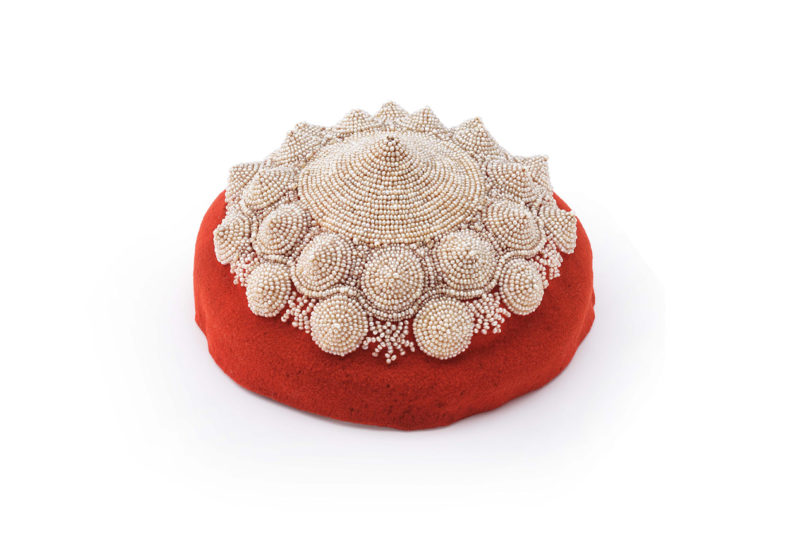 Principality / Kingdom of Serbia, second half of the 19th century 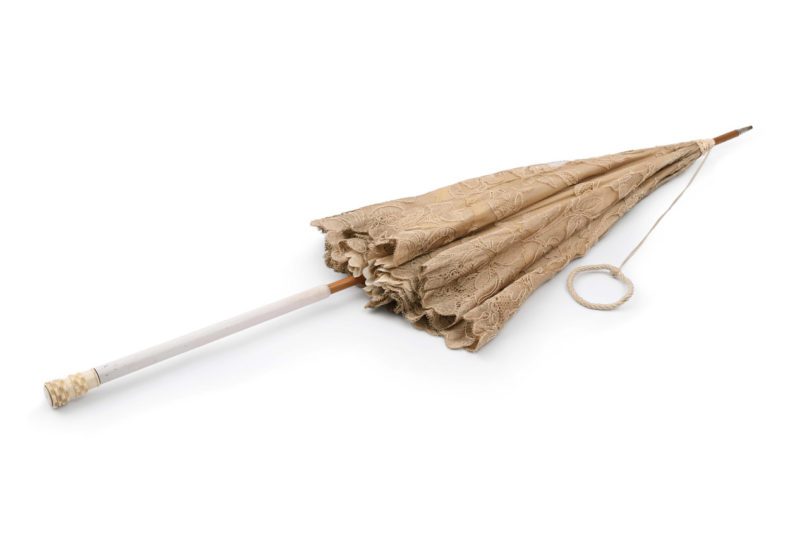 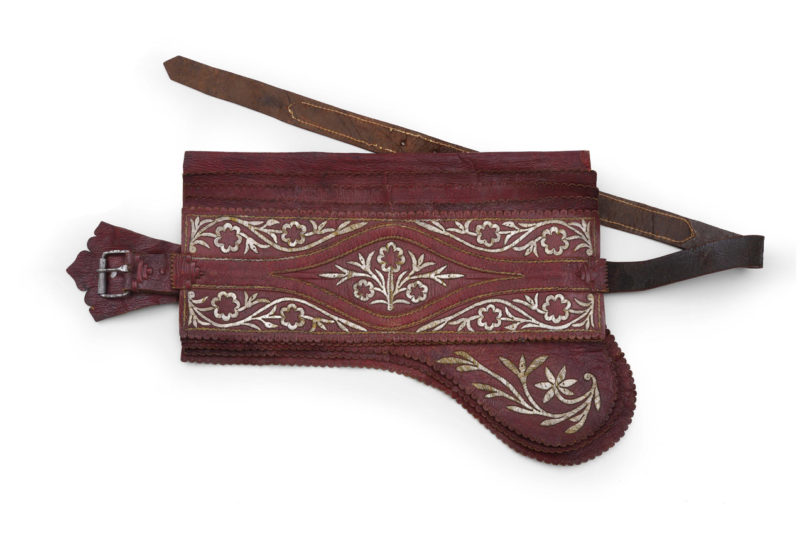 Ottoman Empire, early 19th century
From the family of Arsenije Loma, the participant of the First and Second Serbian Uprising and the vojvoda of Kačer. 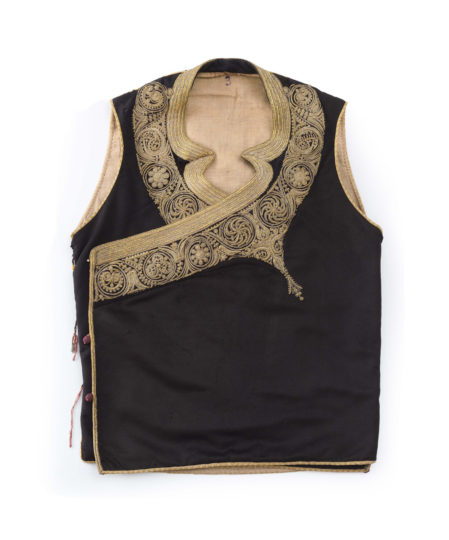 Principality of Serbia, Belgrade, mid-19th century
From the collection of Ljuba Ivanović; worn in Belgrade. 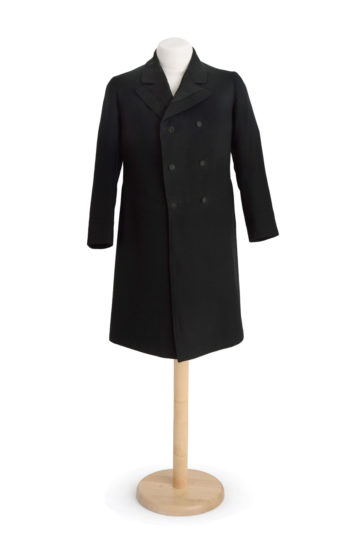 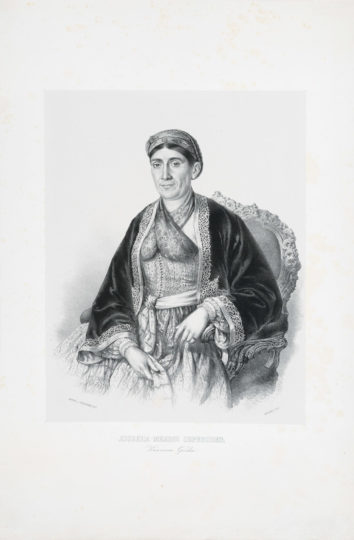 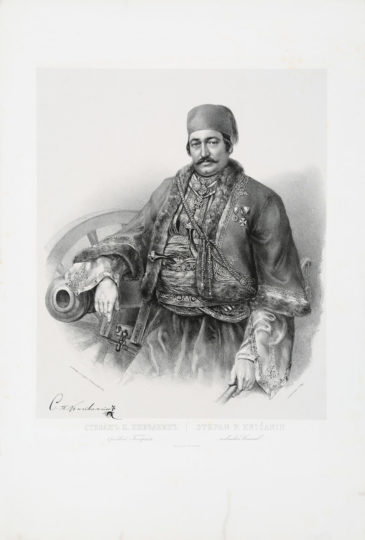 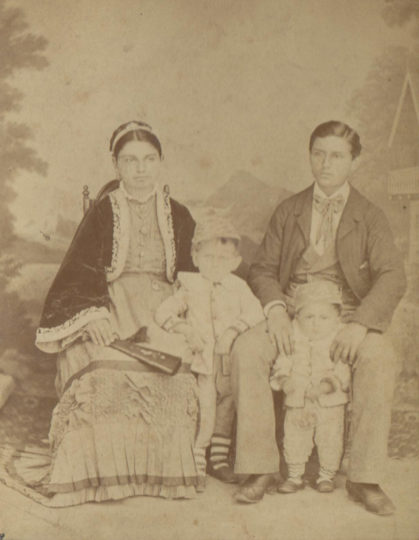 Portrait of a couple with children 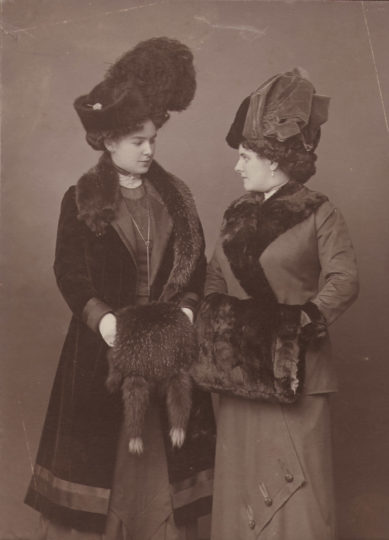 Portrait of Zora and Zorka Hörstig 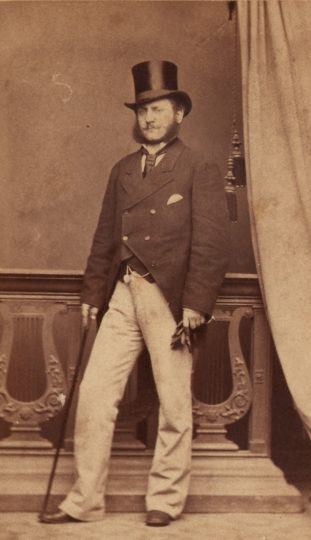 Portrait of the architect Konstantin Jovanović 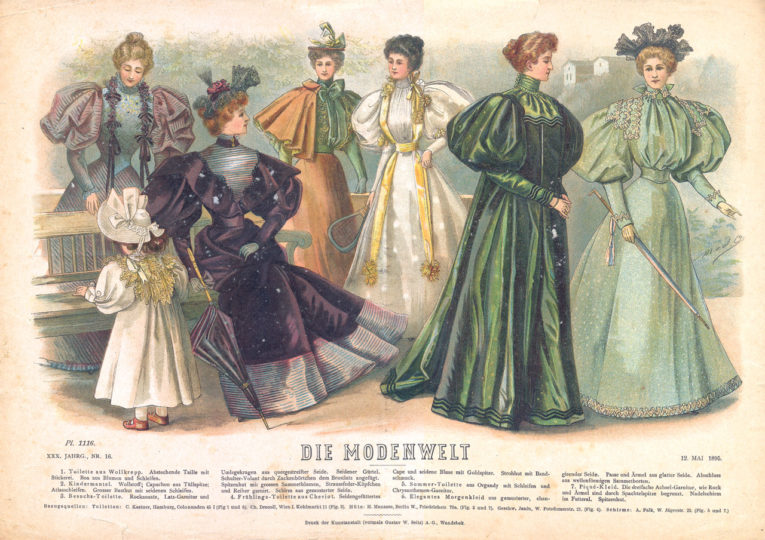 Die Modenwelt, Berlin, 12 May 1895
Used as “pattern” in Matilda Kalef’s store in Belgrade. 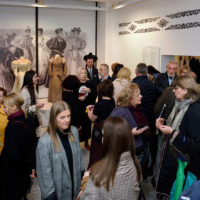 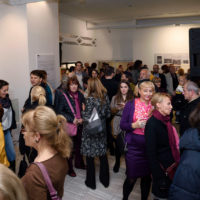 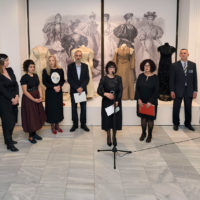 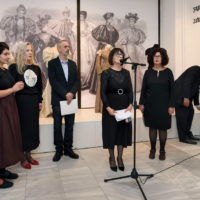 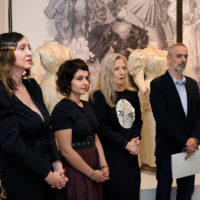 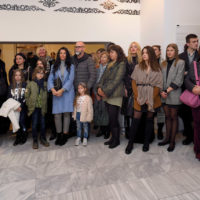 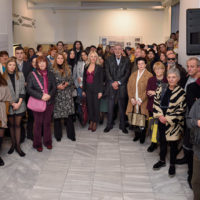 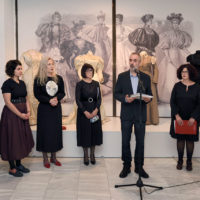 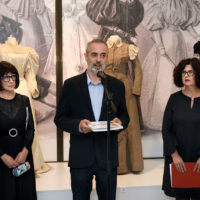 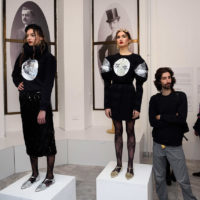 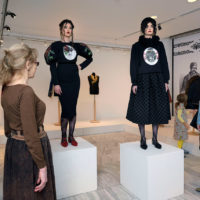 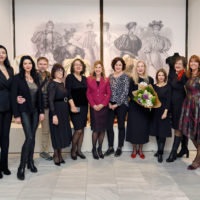