Medieval jewellery and objects and valuables made for the needs of the church and spiritual life represent the essence of the old preserved work of Serbian goldsmithery. Within the framework of all important reviews, publications and exhibitions devoted to this subject, silver bowls have always found their place, as examples of the meeting point for different artistic influences and motifs.

his study devoted exclusively to silver bowls from the late Middle Ages in Serbia emerged from the necessity to clearly distinguish and emphasize this valuable entity, as a preserved segment of profane goldsmithing on our soil. Their specific form – circular shallow dishes – came from ancient kylixes and phials. In ancient times, above all during the period of Roman domination on the territory of today’s Serbia, a systematic exploitation of silver mines developed, which was adapted and used both for minting coins and for making luxury items to be used. With the further improvement of mining in the Middle Ages, the Serbian state created the foundations for strong economic advancement and the development of both the production of and the trade in silver. In this a key role was played by merchants from the Adriatic coastal areas, particularly those from Dubrovnik.

Among precious metals, the most highly regarded and sought after was the so-called argentum de glama, which contained a certain percentage of gold. This was exploited in great quantities in the largest medieval mine in Serbia, one of the largest in the Balkans of that time and an important trading centre for the entire region, the celebrated Novo Brdo mine, in Kosovo. The same mining centres were also the living centres of craftwork production, where both domestic and foreign craftsmen arrived and worked. Medieval rulers, rich Serbian landowners and wealthy merchants ordered and bought silver bowls, with which they offered toasts and from which they drank wine on special and festive occasions. However, their basic function was not the most important one; valuable bowls represented status and they were a measure of personal wealth as well as something to give as a gift in both public and private life. The inscriptions that have been preserved on some of the bowls, such as those from the XIV century and later ones from the XVI and XVII centuries, usually mention the name of the owner and the clear purpose of the bowl, to drink from it to the glory of God and for his blessing. Unfortunately, the number of preserved bowls made of precious metal from the time of the greatest rise of the Serbian state is small. Information and documents about the medieval aristocrats’ deposits of valuables that were moved to Dubrovnik bear witness to the existence of a large number of circular silver bowls. They were deposited in safe places, as security for survival in an uncertain future. Information from the archives, as well as preserved examples of bowls both in Serbia and outside its borders, give us good reason to assume the extent of their production in the XIV and XV centuries.

Silver bowls represented a small universe of artistic styles, motifs and symbols, from harmonious ancient forms, motifs of vines, Dionysus’s panther, Christian deer and birds, through Gothic rosettes, fearsome beasts and mythical medieval creatures, to virtuoso ornamentation, endless vines and geometric arabesques. Through centuries and historical circumstances which never became any easier, variable artistic quality meant that not every bowl was priceless, but the silver made each bowl precious.

The Ottoman conquest and the completely different surrounding circumstances made them more modest and less personal as well as brighter and more decorative. They were put to different uses: they served to increase the glory of a saint, as the protector of the temple and the family, they were donated to churches and monasteries in remembrance of the soul of a dear one and they were used in different ways in people’s everyday life. Their active life, as far as we can see, came to an end the moment that they lost their function as a drinking bowl, and became no more than a decorative memory of them.

A large number of bowls in this exhibition will be seen by the general public for the first time. We hope that the research we offer here will be of use to all those who wish to discover more about silver bowls, both these that are on show, and those whose existence is certain to be revealed in the future.

We believe that this period and bowls like these, although only a few centuries behind us, could perhaps seem far away or rather difficult to understand from the aspect of a civilization whose everyday life largely involves disposable cups. We hope that through this study we have drawn attention to their purpose, form, chronology and overall significance and above all to their excellence. 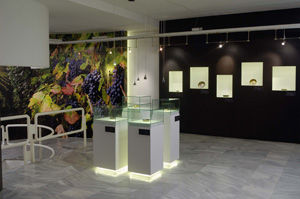 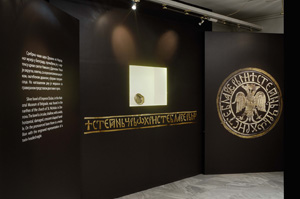 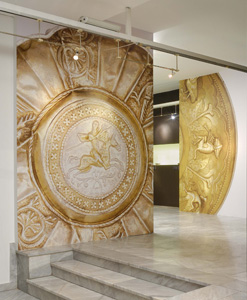 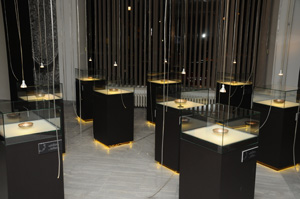 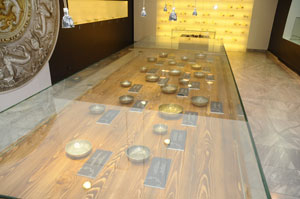 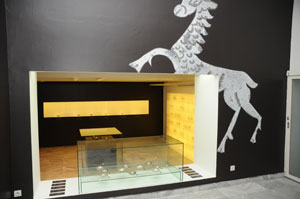 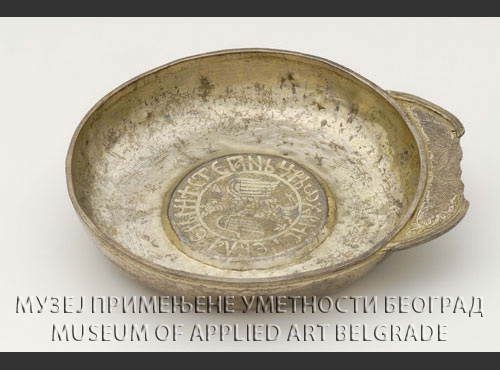 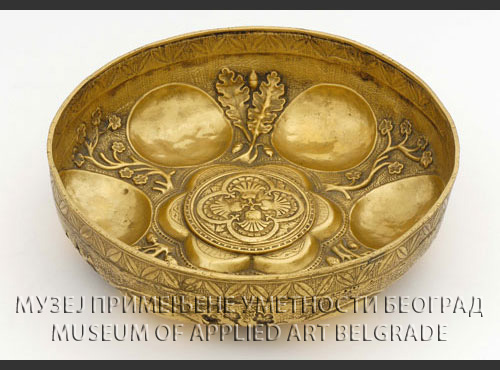 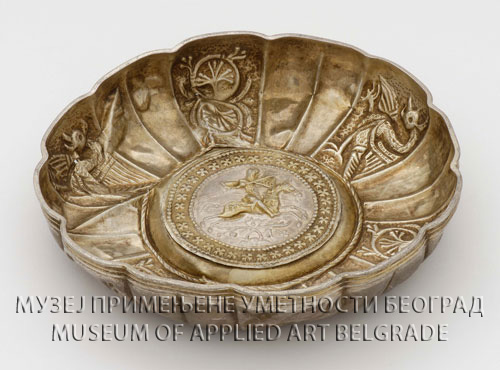 Second half of XIV century Silver, silver-gilt; wrought, cast, chased From the collection of Vitor Ristović (cat. no. 4) 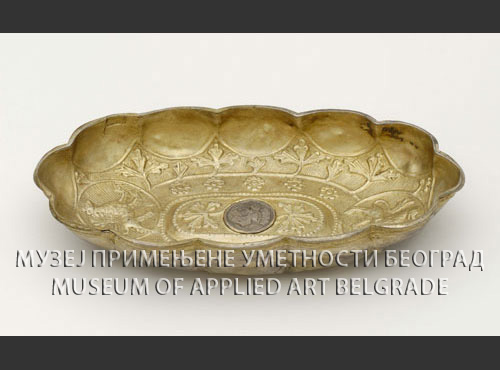 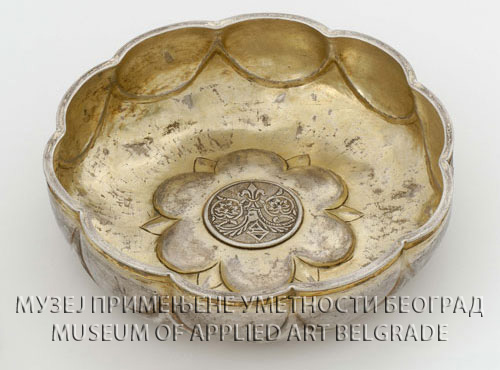 First half of XV century Silver, silver-gilt; wrought, engraved, traces of niello Museum of Applied Art, inv. no. 2689 (cat. no. 9) 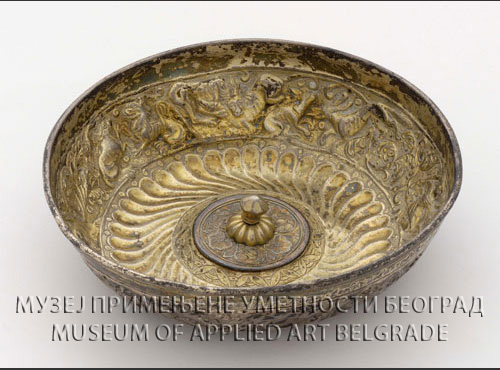 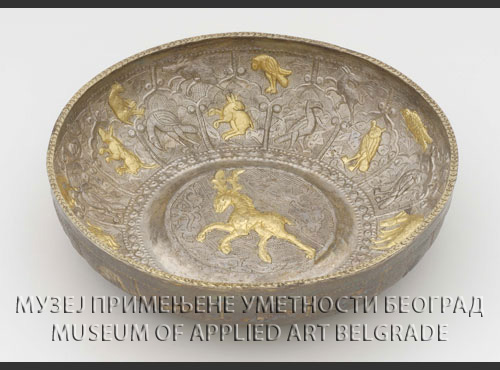 A find from Negotin, XVI century Silver, silver-gilt; cast, engraved, chased, punched From the collection of Vitor Ristović (cat. no. 20) 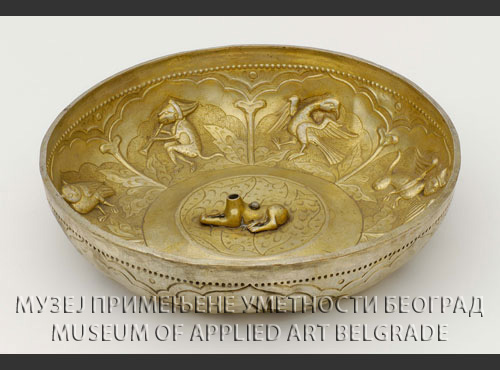 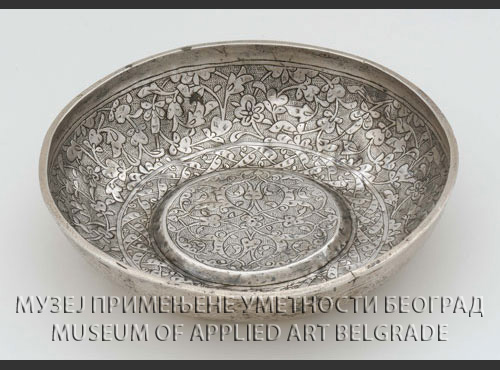 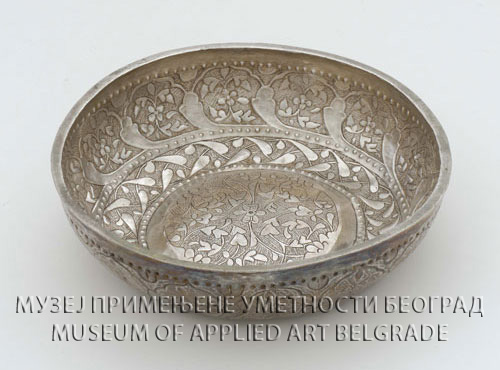 A find from Negotin, XVI century Silver; cast, chased, punched From the collection of Vitor Ristović (cat. no. 29) 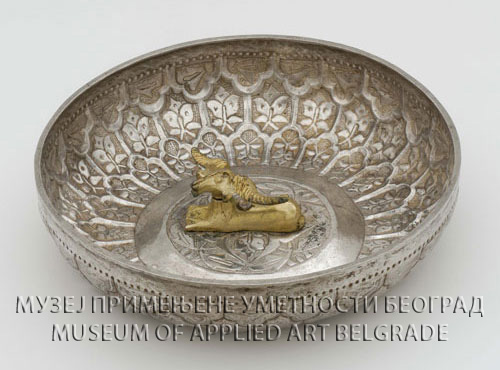 A find from Negotin, XVI century Silver; cast, chased From the collection of Vitor Ristović (cat. no. 32) 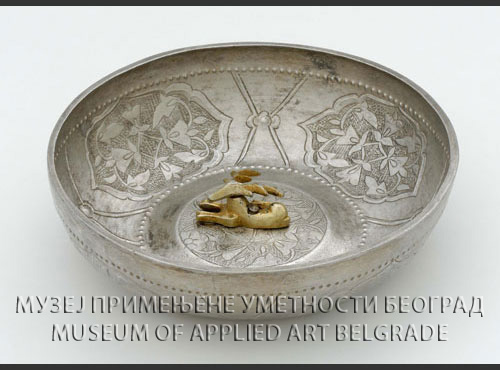 A find from Negotin, XVI century Silver; cast, chased, punched From the collection of Vitor Ristović (cat. no. 34) 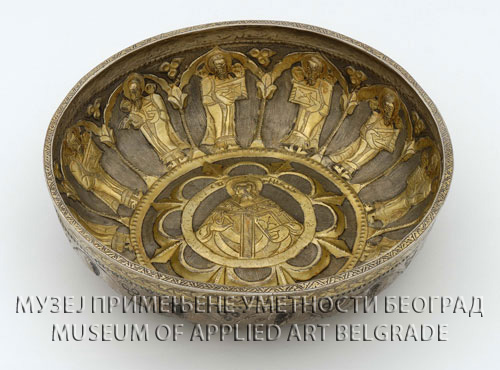 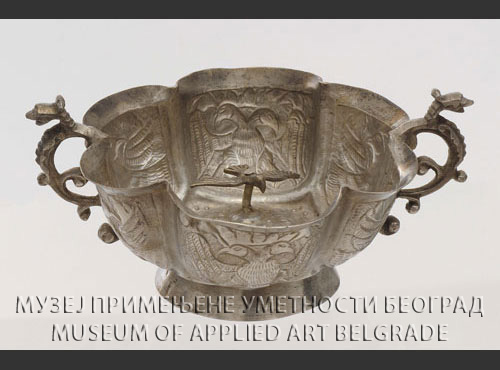 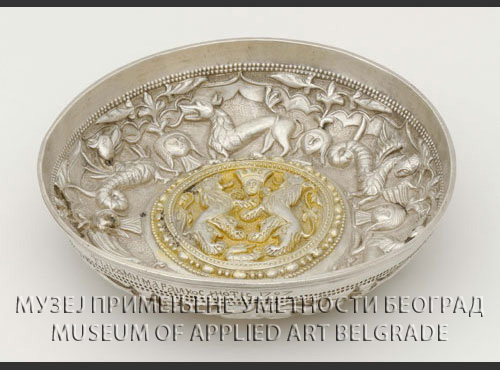 Author of the exhibition:
Mila Gajić, Senior Curator, Department for Treatment of Metal and Jewellery