THE FEMME AND THE VEKOVNICI

“The Femme and the Vekovnici” is the name of the exhibition of 60 works by female artists from different European states and territories who express themselves in the form of comic strip art, collected by the author of the series, Marko Stojanović. In addition to the expressive drawing and coloring parts, the exhibition is also distinguished by the fact that this is the first exhibition of comic strip art of that kind in the museum, which is dedicated to the female principle and creativity.

“Both critical and romantic at the same time, Vekovnik’s new album highlights the theme of women in a comprehensive way. It is based on the idea of a woman as a subject in the process of creation and an object in the process of observation. Leaning on the flow of time, it carries and conveys a strong message about the attitude towards women and highlights women’s issues by breaking stereotypes. Through a feminism-engaged thread, it brings together female artists from all over the world whose unique expression can be seen in the form of a comic strip. Through their creative processes, they shape the idea of imposed gender principles. The very notion of Amazon women implies combativeness, emphasizing commitment that neglects other aspects of being. Thus, by choosing the story of the Amazon Alea, that aspect of gender is also introduced, as her struggle turns towards herself and the new being that is a part of her,” emphasizes B. Jotić in the text of the exhibition catalog

Here you can download the text by Biljana Jotić “THE FEMME AND THE VEKOVNICI” in PDF format:

THE FEMME AND THE VEKOVNICI 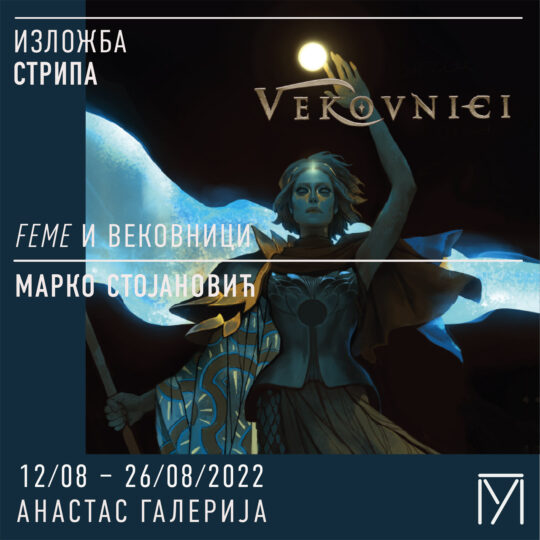